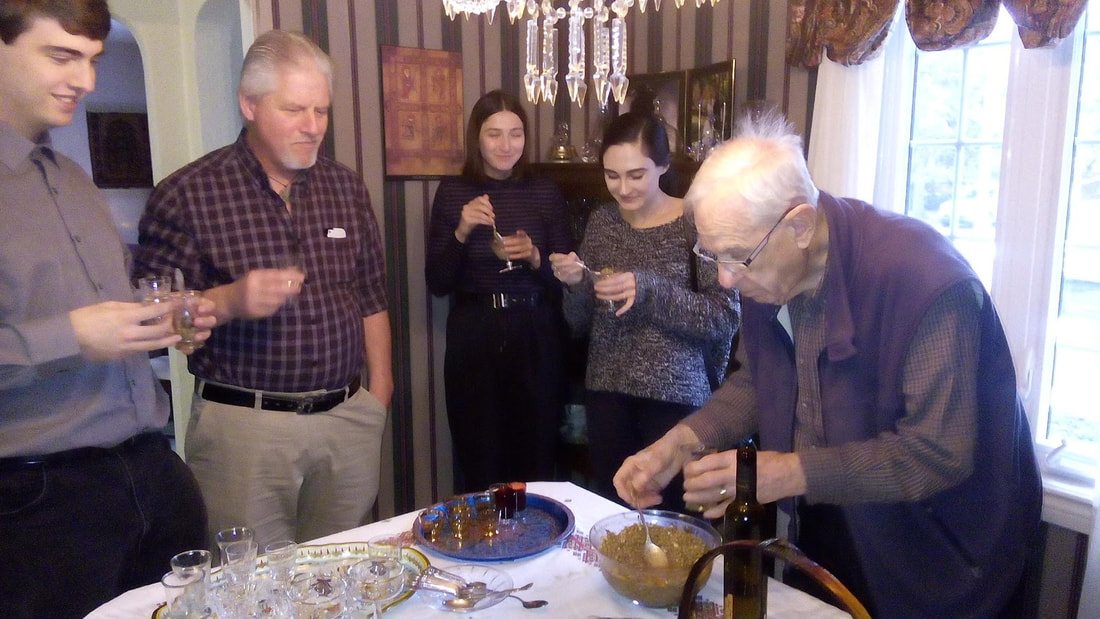 This ancient traditional dish is an acquired taste.  We encourage at least a spoonful be eaten to keep with tradition.  Its consistency can be medium-thin or thicker according to your preference.  It should not be very thick like porridge.  There is a superstition that says if you throw a spoonful of Kutia to the ceiling and it sticks, you will have a good and prosperous new year.

To Grind Poppy Seeds:
Cover seeds with boiling water.  Stir.  Let rest 15 minutes.  Drain.  Repeat two more times.  Strain out water.  Place small amount in mortar and crush with pestle or use coffee grinder.  Repeat.  Seeds should have milky appearance.
Ground poppy seeds can be purchased in specialty stores.  I still freshen them up by following the above.

Variations: Raisins may be added in the final few minutes of cooking if desired.  Chopped pecans can replace chopped walnuts.  Some prefer to thin and partially sweeten the Kutia with water from cooked dried fruit compote.
BACK TO RECEIPES